Discover the Villa and its Garden

The Villa and its Garden

Built during the Palladian Era, the villa underwent significant improvements in the 18th century. In 1889, the English poet Robert Browning purchased the property. Under his guidance, the villa acquired its noble Tuscan aspect, which blends perfectly with the gentle hills of Asolo.

It was then sold to a rich Venetian family in 1902, that used it for many years as a holiday home and was later rented out and converted into an inn.

In 1962, the Villa was purchased by Rupert Guinness, the second Count of Iveagh, from the famous Irish beer-producing family, a known businessman, politician, philanthropist, generous supporter of scientific research, Chancellor of the University of Dublin and then, landowner in Asolo.

In the 60s, Lord Iveagh hired Giuseppe Cipriani - founder of Harry’s Bar in Venice, inventor of the Bellini cocktail and of the Carpaccio - to transform it into a charming hotel: Villa Cipriani. So, the picturesque inn was transformed into the small country jewel that guests now enjoy.

In 2012, industrialist from Treviso Massimo Zanetti purchased Villa Cipriani and, year after year, thanks to continuous con preservative restorations, contributed to maintaining the elegance, refinement, and family charm.

The outdoor areas are carefully designed in every detail, where to rediscover the inner harmony, surrounded by a magical and romantic atmosphere. A story of colours and fragrances accompany the guests in every season.

The garden is undoubtedly Villa Cipriani’s crowning glory, recipient of the Top 10 Magnificent Gardens award from Historic Hotels Worldwide and included in the American Horticultural Society’s Garden of Excellence circuit since the middle of the nineties. The colours and fragrance will accompany you throughout the seasons: from the explosion of colours with tulips in spring, to the sweet scent of jasmine in May, from the wave of perfume from the olea fragrans in September, to the orange shades of the persimmon trees in the winter.

Our guests will relax in the panoramic infinity pool nestled in the green garden, winner of the Best Italian Outdoor Hotel Pool at the Italian Pool Awards in 2014.

Immerse yourself in the peace and quiet of our garden and enjoy a regenerative holiday in Asolo!

The newsletter lets you stay up-to-date on all the news about the hotel and the events organised in the area. 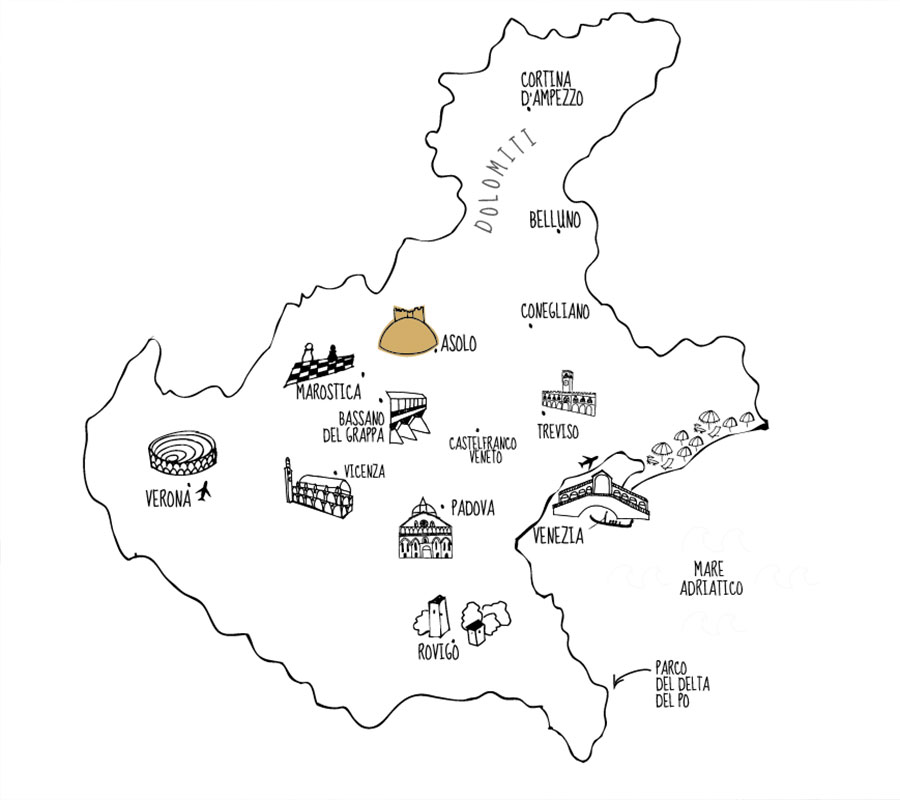